At Kindermusik, we always say, "The More, The Merrier!" It’s part of our mission to change the world through music, one child – and one family – at a time. Plus, children love being around children. You've seen how their eyes light up when another child is in the room.

In November, we are once again adding a little music, a few dance steps, some jingles and shakers, happy giggles, and lots of memories to our familiar mantra. How and when will this all be happening, you ask? At the World’s Biggest Playgroup in Minneapolis!

KI is again participating in the World’s Biggest Playgroup event sponsored by Babytalk. This event is being held on November 10th at the Mall of America in Minneapolis, MN. Kindermusik International is one of the featured partners at the event, and Maestro educator Helen Peterson (along with a few other Kindermusik educators) will be leading the four 20 minute Kindermusik segments during this half day event. If you live in the area, you just have to witness this. It is really something.

Just as your child needs stimulation and engagement in age-appropriate activities, she also needs periods of relaxation. This is one of the reasons why Kindermusik Village and Our Time classes include Quiet Time in every class. But a “quiet time” isn’t only for young children; it’s also beneficial for older children as well. And times set aside for relaxation are just as important at home as they are in the Kindermusik classroom.

Creating regular quiet times at home gives your child practice in learning to calm herself, slow her pace, and relax. Plus it helps her develop a valuable lifelong skill – the skill of learned relaxation. Slow, gentle music can best provide an environment most conducive to relaxation.

So take a few moments to relax and listen to some beautiful music. You’ll love how good it makes you – and your child – feel!

Here are a few ideas for quiet time music to get you started:

Some people are quite surprised to find out that Kindermusik is for children as young as newborns. Really, what can such a young child gain from starting in a music and movement program like Kindermusik as an infant or toddler?

The Value of Music for the Very Young
The idea that very early education provides great long-term benefits has been rendered incontestable by studies in cognition and early learning. Research in developmental psychology and commonsense observation underscore both the importance and the wisdom of making music an integral and overt part of the earliest education of young children:

– excerpted from a report issued by the Early Childhood Music Summit, June 2000.  Read the article in its entirety HERE

This past weekend, I had the most amazing experience. I hosted a “European” seminar in Basel, Switzerland for Kindermusik educators. I quickly discovered the only “European” aspect about it was its location!

Educators had come to the seminar from 7 different countries: Belgium, France, Germany, Italy, Lithuania, Portugal, Spain and Switzerland . . . and we even had a special guest from Bahrain, in the Middle East. (Ask her where she teaches. “In a palace” is the answer!)

But the most incredible exercise was to ask from where each of these educators had come originally and how they had learned about Kindermusik. Countries represented in the room quickly doubled to include Brazil, New Zealand, Canada, United States, South Africa, China, England and Scotland. And every educator had his or her own unique story about how Kindermusik had found them (me included!).

This weekend, I was reminded of the fact that Kindermusik is so much more than just music: it’s a lifestyle, a vocation, a philosophy, and a community . . . and it’s universal! It doesn’t matter what corner of the earth you are from. If you are born with the “Kindermusik gene”, eventually Kindermusik will somehow find you. (Think about it: how did Kindermusik find you?)

I’m in the very fortunately position of connecting Kindermusik people – parents, children, and educators – together. And you are too! Each one of us is a Kindermusik Ambassador and we all have the same opportunity of connecting people through Kindermusik. Next time someone asks you where you’re from, you can tell them: “Kindermusik”. After all, that’s what’s brought us altogether!
– Angelica Manca, Kindermusik International
Director, Kindermusik Europe

I'm not sure why this article tickles my funny bone so much, but it does. Maybe it's just how perfectly it represents what happens when you (a) gather a posse of kids and (b) try to engage them in some serious research.


The author gathers five children (ages 6, 6, 6, 7, and 8) – and promises them one toffee bar apiece – if they'll just listen to some Beatles tunes and share their thoughts.


A smattering from the kids' responses:


“It’s a calm song. It’s about a wife creeping around in her dressing gown and telling her husband that the baby has gone.”


“The baby has gone to America,” adds Isabella.


“I thought it was quite strange,” comments Rowan when the song is over.


“It’s different from most of the songs I’ve heard.”


After musing for a while, index finger lodged in nostril, Fred concludes: “It’s good.” 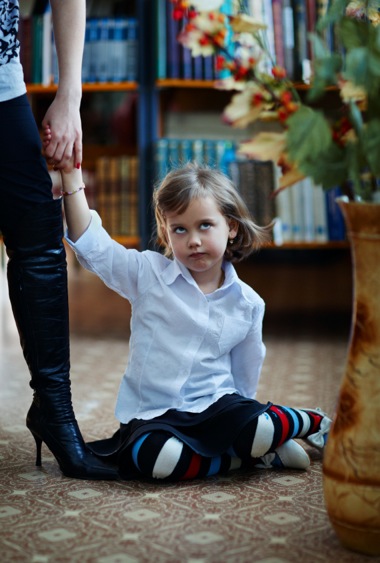 I've been on vacation. And you know how it is after vacation – you come back to your "real life" full of wisdom, perspective, and good intentions. So while I actually (and truly) don't think I particularly fit the bill of the "hyperparent" (and maybe that's why this article resonates with me…don't we love to be told we're right?), this article hit some nice notes with me so I thought I'd pass it along, if for no better reason than to make you feel good about the non-hyper-parenting you're already doing.

Being a child isn’t always easy.

“If there is anything that we wish to change in the child, we should first examine it and see whether it is not something that could better be changed in ourselves.” – C.G. Jung

If you’re a hyperparent, you might not even know it — we parents tend to be in denial about that sort of thing.

But if you are, you might want to learn to relax — for your kids’ sake, and for yours.

Hyperparents are spotted when they are trying to educate their child from the womb, and expose them to the most intellectually stimulating music and art and literature before the kid can crawl. They obsess over everything, from whether the child is learning fast enough to how safe every single thing is to every little scrape and bruise. They are overprotective, overbearing, overwhelming to the child.

I admit, I was a hyperparent once, and still can be sometimes. It’s a habit I’m trying to break, with some success.

And for those of you who are hyperparents, and will admit it if only to yourselves, I’d like to share some things I’ve learned, in hopes that it’ll help.

Be forewarned that some of these suggestions take a very different approach to parenting than the traditional methods — I’m not suggesting everyone follow them, especially if you’re not willing to break with traditions. What I am suggesting is that these methods will help you relax, will help your child feel freer and less controlled and more able to explore and learn on her own, and could possibly result in a better relationship with your child and a happier child overall. I don’t have proof of that yet, but I have a strong hunch based on how my kids react when I do these things right.

1. When you get angry, pick them up and hug them. Instead of scolding or spanking or time outs or other controlling methods, try love. It’s a much better response, and you’re teaching your child through your actions rather than your words.

4. Let her play, let her explore. Stop being so overprotective. Allow the kid to be a kid. Let her run around outside, ride a bike, explore nature, play with fire. Teach her, of course, about safety and dangers, but let her be a kid.

5. Say yes, or some version of yes. Instead of saying no. Often parents have an instinct to say no. But this is controlling and stressful, to both child and parent. Stop trying to control the child, and give him some freedom. That doesn’t mean you can say yes all the time, because you have needs too, but it does mean you can say “Yes, we can do that … but perhaps later, when I’m done with what I have to do now.”

6. Stop trying to overeducate, and get out of the way. Parents try to impart all kinds of knowledge on kids. So do schools. But kids learn naturally, without us. Get out of the way, stop trying to force the kid to learn what you think he needs to learn. Encourage him to explore, and read, and figure stuff out. Get him excited about things. When he’s excited about something, he’ll learn. When you force it on him, he’ll do what he’s forced to do, but not learn much other than you’re controlling.

7. Just focus on making the next interaction with them positive. Many of these changes are difficult to make for parents, as we have deeply ingrained habits, stemming from our own childhood. So just focus on the next interaction. Just try to make the next one a good one. Don’t worry about when you screw up — just apologize if you’ve broken a trust, and move on.

8. Take a moment to pause, and see things from your child’s perspective. If you get angry, it’s because you’re only seeing things from your perspective. The child has a completely different view of things, and if you can understand that view, you won’t be mad at the child. You’ll try to make things better for her.

9. If the kid is “acting up”, try to figure out why, and meet that need. Often it’s a need for freedom, or attention, or love, or to be in control of his own life. Figure out what that need is, and find a more productive way to meet it.

And now, relax. Enjoy every moment with your child, because they are too few, too impermanent. Trust me — my oldest daughter is 16, and I can’t believe how fast her childhood has come and gone. Cherish this time with them, and make every moment a good one. You’ll never regret those moments of happiness, those moments when you said yes, when you let your child play, when you stopped controlling and started loving.

I love being a Kindermusik educator. I've done so for six years now, and I never tire of watching the parents interact with their children in my classroom – the shared laughter, the creative moments of discovery, and the memories that will surely be cherished for many years to come.

Well, I've come here to tell you a secret. Promise not to tell anyone? It may be quite shocking to some of you!

I'm not the teacher in my Kindermusik classroom.

Well, as a Kindermusik educator, I believe YOU, the parent, are your child's most important teacher. No one will ever know or understand your children like you do, and as they grow and learn, you will be the most important factor in their success.

So what exactly is my job as a Kindermusik teacher then?

While I wear many hats (sometimes literally) in my classroom, being the best teacher for your child is not one of them. That is an honor reserved for you. Wear it with pride, and don’t forget, that little "teacher secret", it's just between us!