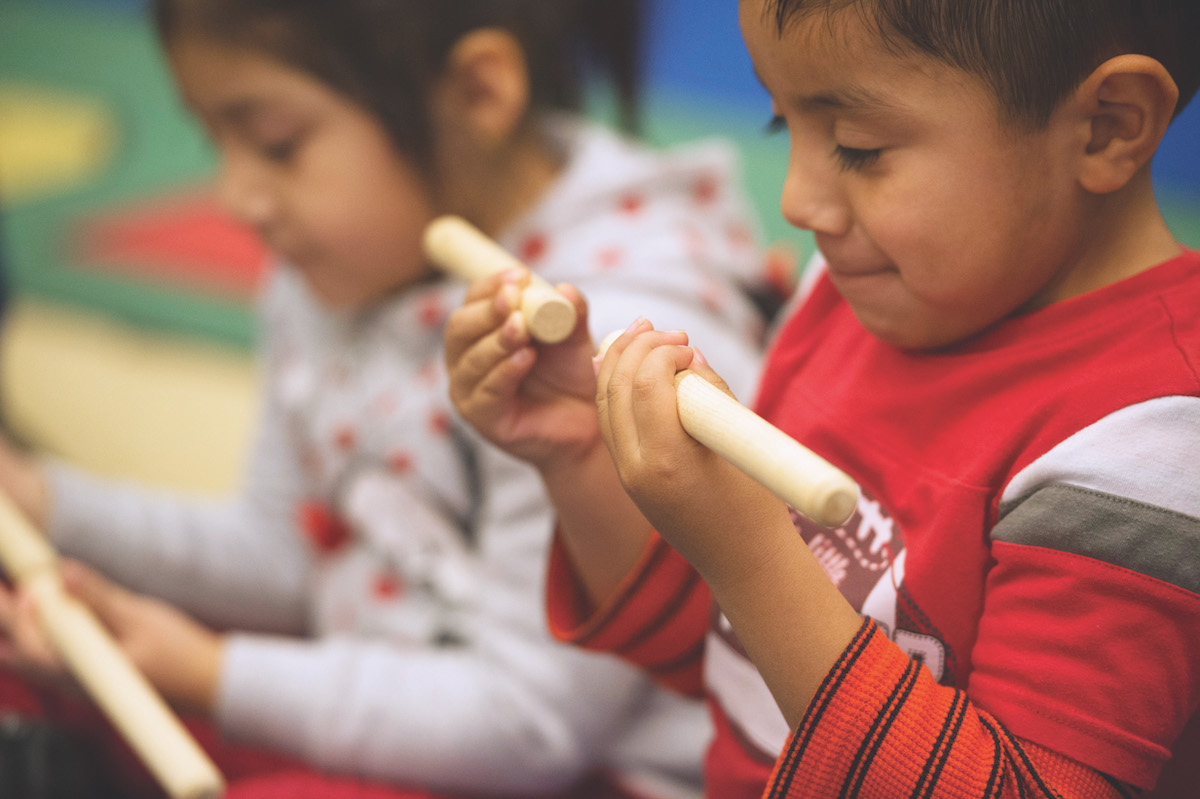 Researchers, scientists, and teachers have long recognized the link between music and math, but did you know the benefits are longterm, and extend to heightened performance  on standardized tests and problem-solving abilities later in school?

The exciting reality is that even very young children (from newborns to older toddlers) are unknowingly learning math as they participate in early childhood music and movement classes. 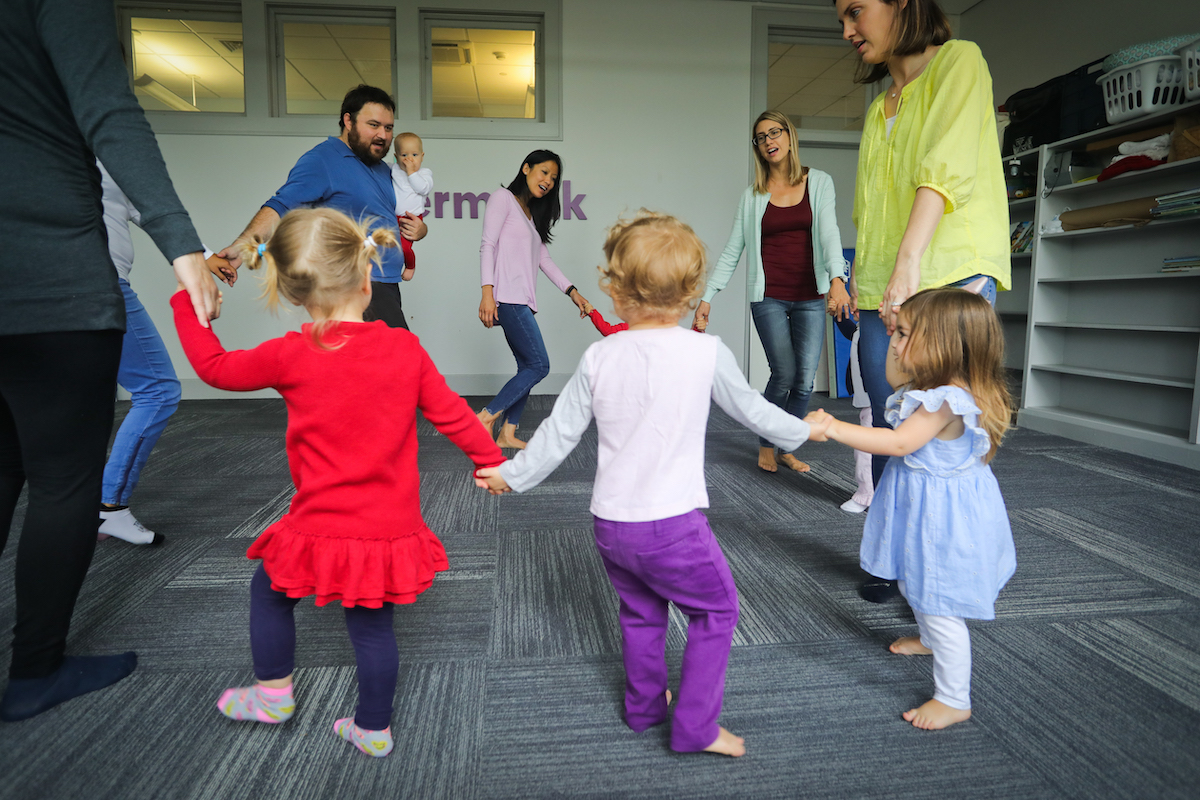 Children develop important foundations in geometry through circle dances, playing instruments, and moving their bodies in different ways. Movement combined with words and labels like “in and out,” “up and down,” or “around and through” are helping build the spatial awareness and spatial-temporal reasoning skills that are fundamental to geometry, as well as a child’s future potential career as an engineer, a scientist, a math teacher, or even an athlete.

Music and math are both full of patterns.  Out of simple rhymes, chants, and games of pat-a-cake grows an ability to understand and manipulate patterns of big and small blocks. In fact, all brains—including newborn brains—constantly look for them!

Moving in a different way for each section of music helps children begin to identify through movement the parts (or patterns) that make up the whole. Listening for and responding to short patterns in music also expands a child’s understanding of the patterns in math.

Many early rhymes, songs, fingerplays, dances, and activities that are a part of an early childhood music curricula like Kindermusik include numbers.  Getting “two instruments” from the instrument basket or counting steps in a circle dance combine  music and early math concepts. Through these activities, children gain valuable early exposure to basic math skills like counting, sequencing, and one-to-one correspondence. 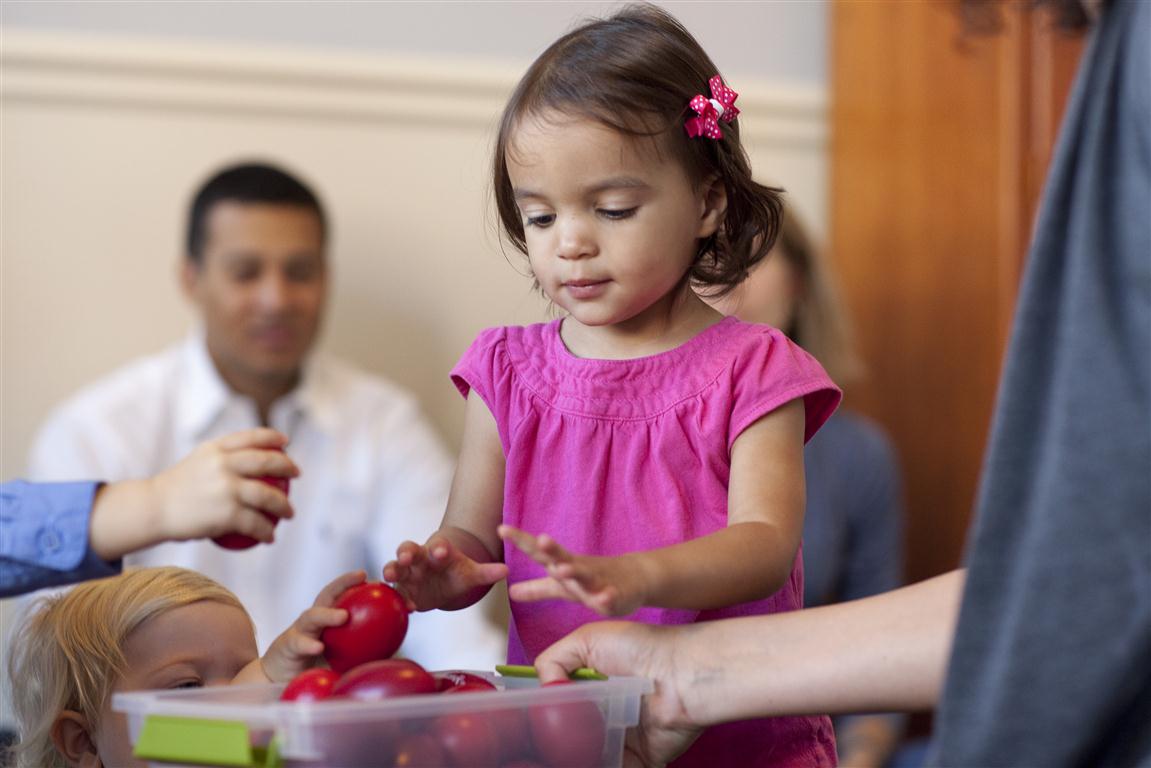 The science and research backs it up. Children will likely be academically stronger in math if they are engaged in music making at a young age, and music and movement classes are great preparation for success!

Enhance your child’s early mathematics development with an in-person or virtual music class!