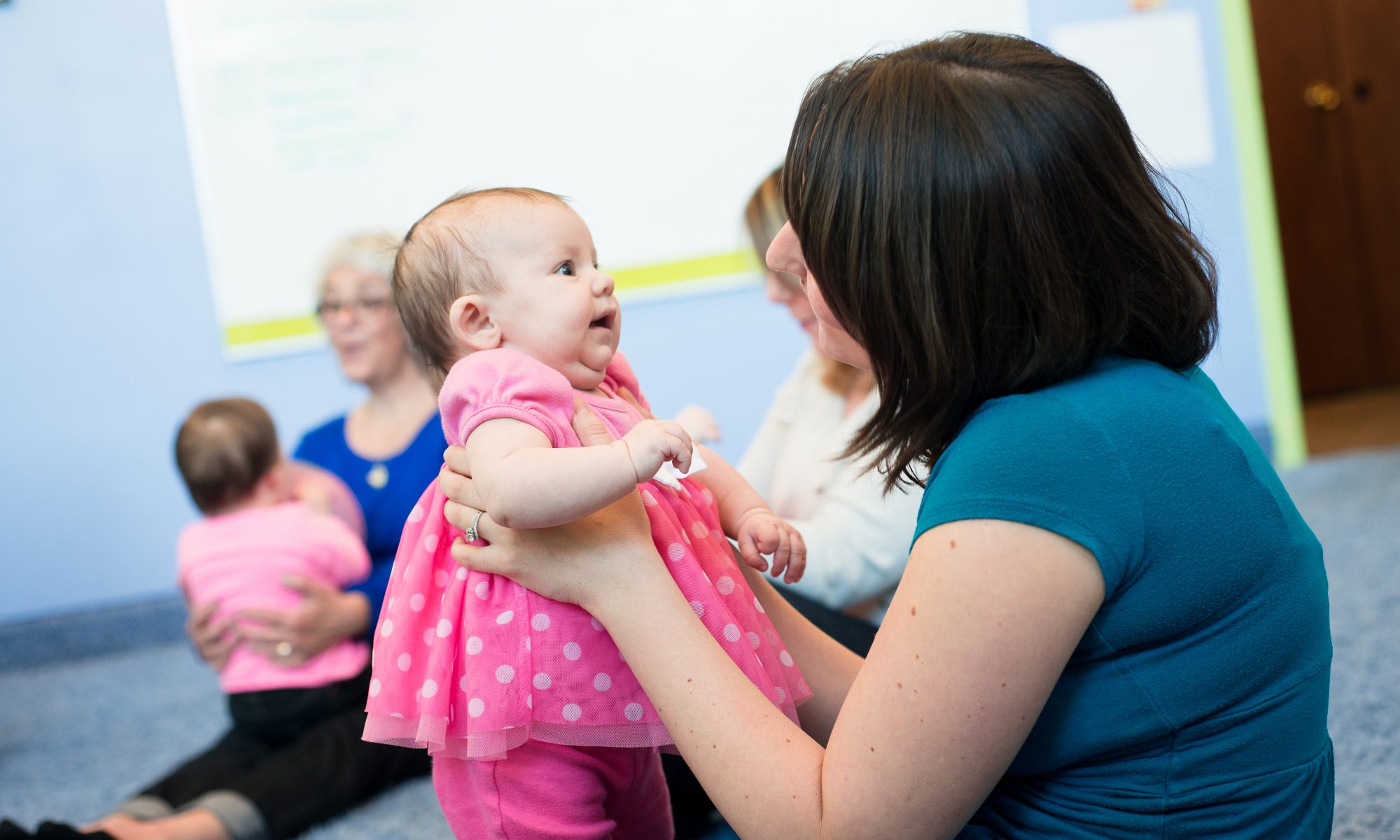 It’s the viral video that made its rounds on Facebook and probably made you tear up a bit too.  A mom sings a sad love song to her 10-month baby, and the baby’s eyes well up.  Why does the baby have such an emotional reaction to the mother’s singing?

In her article featuring this viral video, psychologist Siu-Lan Tan theorizes that it has to do with the emotional contagion that causes human begins to “absorb and reflect the intense emotions of those around them.”

We see this in Kindermusik class when one child crying cause another to show concern or even cry along too.  Dr. Tan also points out that young children often mimic emotional expressions of their parents, usually smiles, and this is called emotional synchrony.

Clinical analysis aside, Dr. Tan’s ultimate conclusion is perhaps the most touching and insightful:

“…[I]t may be even more remarkable and more compelling to think that what we are witnessing may not just be the power of the human voice and singing – but a window into how deeply and powerfully we are moved by the emotions of those around us, even in our earliest interactions.”

We watch this beautiful interaction play out week after week, song after song in Kindermusik class.  The mutual experience in a music and movement class like Kindermusik connects and bonds children and parents in uniquely powerful ways.  That’s why we have cuddle time (or quiet time) in class where children and parents can simply be together, rocking and singing or humming along to the lullaby we have playing.

And for those adults who are hesitant to sing – don’t worry.  And don’t hold back.  To your child, your voice is the most beautiful sound in the world, a sound that will soothe and delight.  Your singing to them will become an indelible and precious part of the soundtrack of their childhood, a soundtrack that they will play back in their hearts and minds for years to come.

So no matter what… sing to your child.  Sing to them before they’re born.  And sing to them until they tell you to stop.  Even then, you might be surprised that your singing can still comfort and connect both of you even when they’re well beyond the lullaby years.

Shared by Theresa Case whose award-winning Kindermusik program at Piano Central Studios in Greenville, South Carolina, has been inspiring parents and children to sing for over 20 years now.