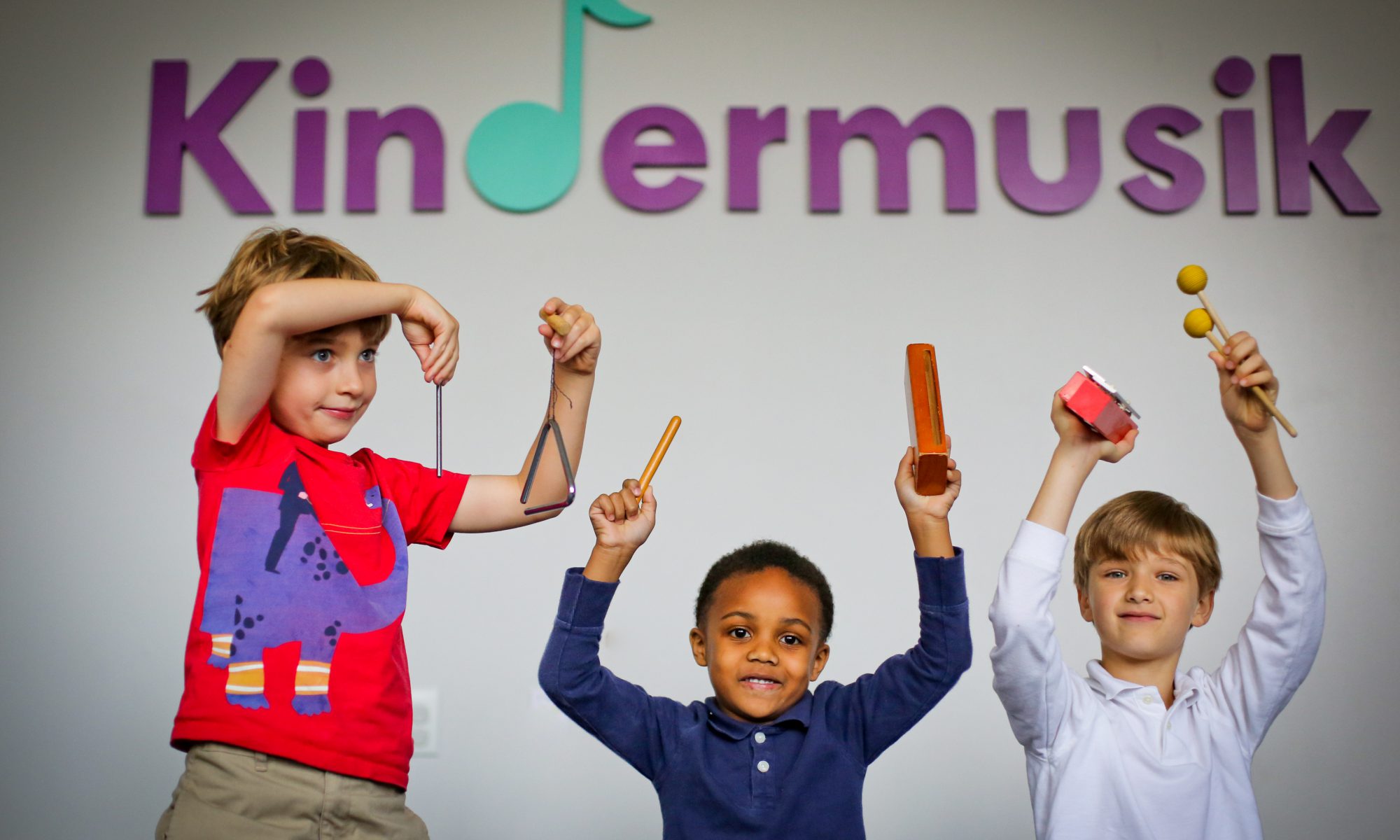 The Kindermusik experience, including instruments, is very much process-based, allowing children (and parents!) to linger in the precious moments of childhood just a little longer and to celebrate everything that can make childhood both magical and musical.

But that process isn’t open-ended.  In Kindermusik, we are deliberately and intentionally building a rich and experiential foundation of learning that not only instills a lifelong love of music, but also provides the very best kind of springboard into music lessons.  We just happen to use lots of imagination, music, movement, play, and creativity along the way.

Within the step-by-step, level-by-level process of music making and musical learning, the Kindermusik curriculum introduces children to a variety of instruments, knowing that someday, a Kindermusik graduate just might decide to learn to play the “big brother” version of an instrument they explored and adored in Kindermusik classes when they were very young.

Our beloved Kindermusik egg shakers “grow up” to become maracas.

Practice with Kindermusik Sandblocks develops the eye-hand coordination needed to play the cymbals.

Strumming the Kindermusik Dulcimer prepares the ear and the fingers for learning to play the ukulele, guitar, or violin.

The Kindermusik Recorder develops the fine motor skill and breath control needed to play the flute or clarinet someday.

And then there are some Kindermusik instruments that never grow up.  What we introduce and use in Kindermusik class is what the grown-up musicians use in the orchestra, including instruments like the guiro, woodblock, triangle, cabasa, or cowbell.

A peek in the window at a Kindermusik class might appear to be all fun and games.  We’re not ashamed to say that joyful play is a huge reason why the musical elements and learning have such staying power.  But it’s also because Kindermusik exposes children to such a variety of quality instruments that we are not only able to instill a lifelong love of music, but also a lifelong interest in making music.  In our opinion, that is one of the very best gifts we can give a child – music for now and skills for life.

Shared by Theresa Case who, for over 20 years now, has had the joy of introducing young children to music and music making in her Kindermusik program at Piano Central Studios in Greenville, South Carolina.