Beck got the idea to recruit fellow Kindermusik Educators to voluntarily serve and provide free classes to a US community in need. She teamed up with Beth-El Farmworker Ministry, Inc. in Wimauma, Florida (a small agrarian community just outside of Tampa), and with the help of donations from two Kindermusik programs—Pathways To Learning in Red Hook, New York, and Pied Piper Studios in Urbandale, Iowa—they secured space at the Bethel Child Development Center for daily programming among babies, toddlers, and preschool-aged children.

Knowing those salary limitations, Beck was specifically interested in providing the benefits of Kindermusik’s research-based programs to these families, which help parents promote brain development, establish routines for their children, and encourage the fine-tuning of other long-term behaviors. As an organization, Kindermusik is particularly committed to sourcing our programs to underserved communities and recognizes leaders like Beck who, along with seven other recipients, were named as 2019 Outreach Recipients.

Beck, fellow Educators Beth Anspach, Samantha Drohan, Rosalind Cross, and Anne Kelly, and four of their children (all former Kindermusik students between the ages of 16 and 20), set off for Florida with more than $3,000 of donated Kindermusik materials (from Kindermusik International and Conscious Discipline) to help Wimauma children experience the joy and developmental benefits of music and movement.

Over 70 children participated in the classes, and though many of them did not speak English, music, props, and engaging activities eliminated the language barrier. 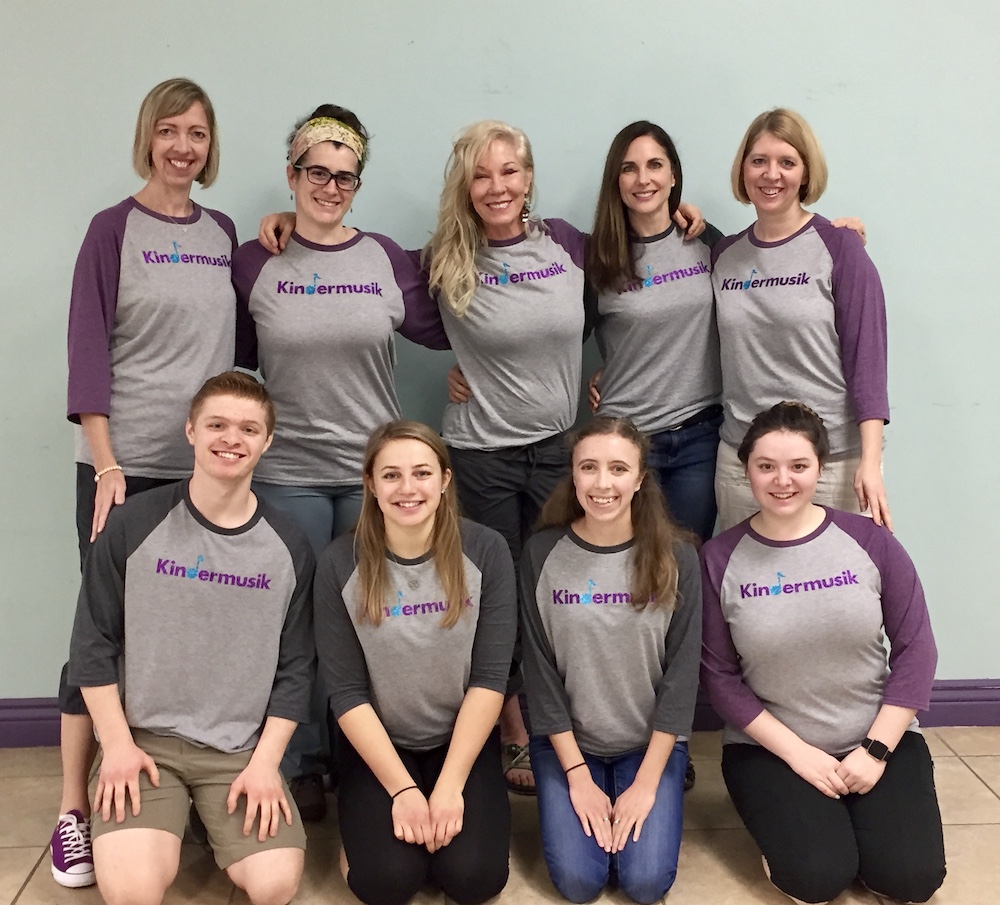 “There was a 4-year-old girl named Naomi who stayed for all three classes each day, and loved it so much,” said Beck. “She was our helper—very hands-on and singing all the songs by the end. Her mother was so engaged, so open to hearing and receiving what Kindermusik had to offer, and was excited to really put [takeaways] into place with her son and her daughter at home.”

In addition to teaching classes each morning, the team visited impoverished neighborhoods in the afternoons, and delivered food, toiletries, and other supplies to farmers. 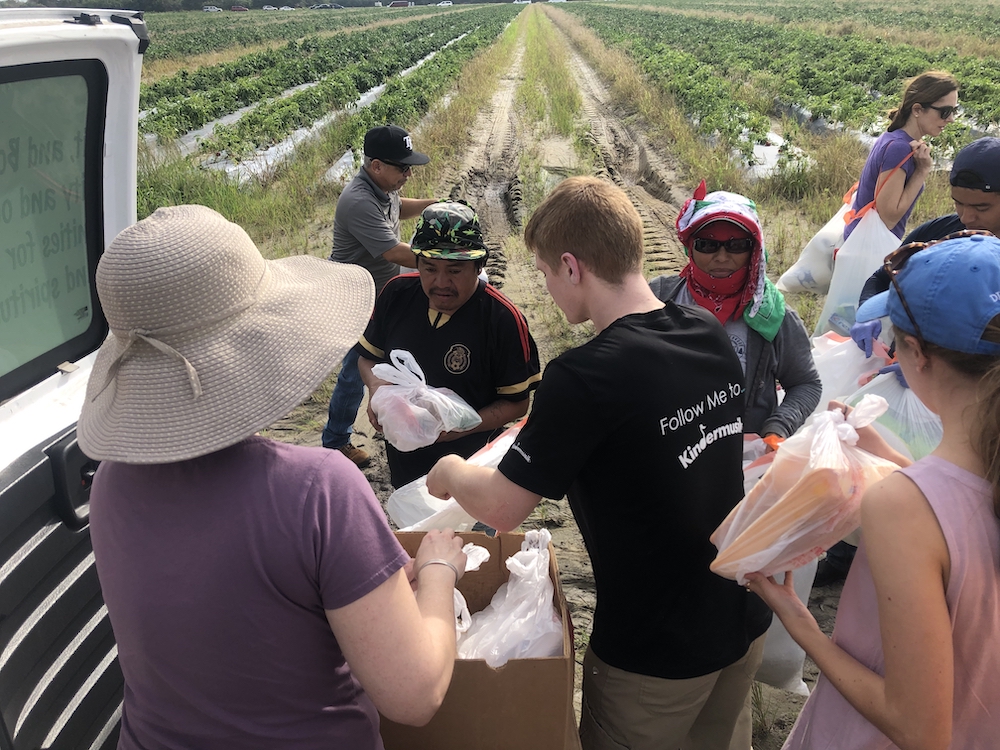 “It really affected us all when we went out in the field to think we were with the children in the morning and the parents in the afternoon,” said Beck. “We experienced an overwhelming feeling of gratitude for the people who work so hard to pick the food that we eat and take for granted, and go to the grocery store to buy. We don’t ever think about it.”

Beck and her team left Florida with new perspectives, new relationships, and new commitments to using their gifts as Kindermusik Educators for good. 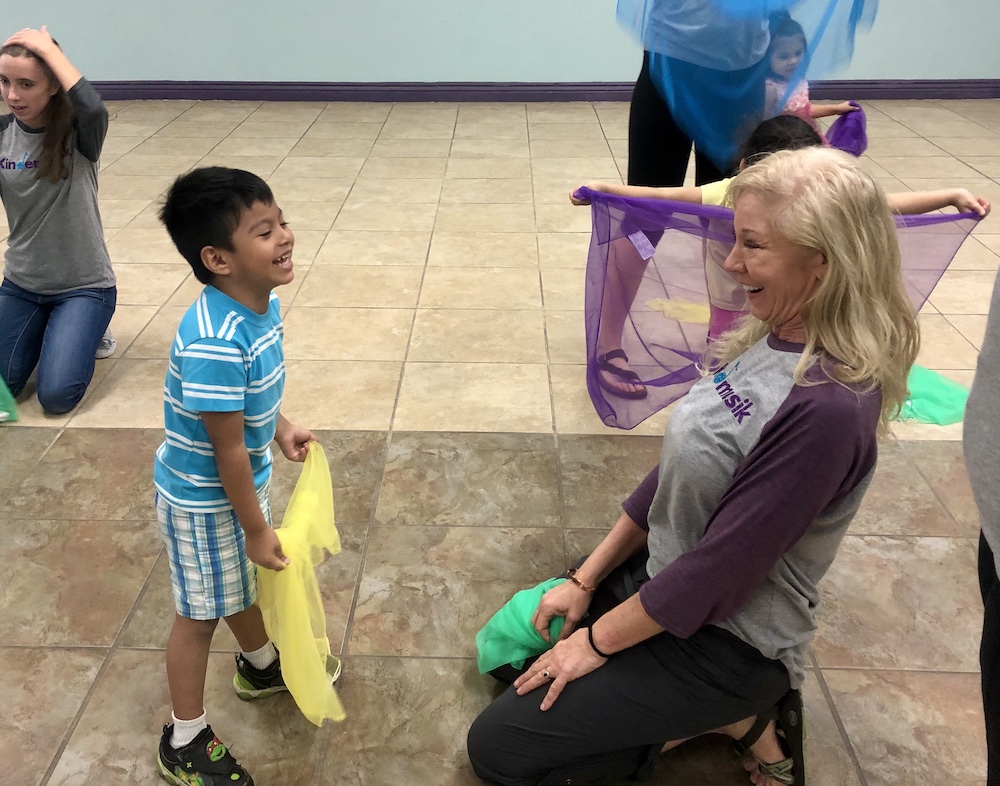 They took Kindermusik’s mission to heart—to spread the power and joy of music-making as a vital learning experience for young children and families. To us, that means everyone.

Find a class in your area and start creating musical memories.

Tap here to find a Kindermusik class near you!