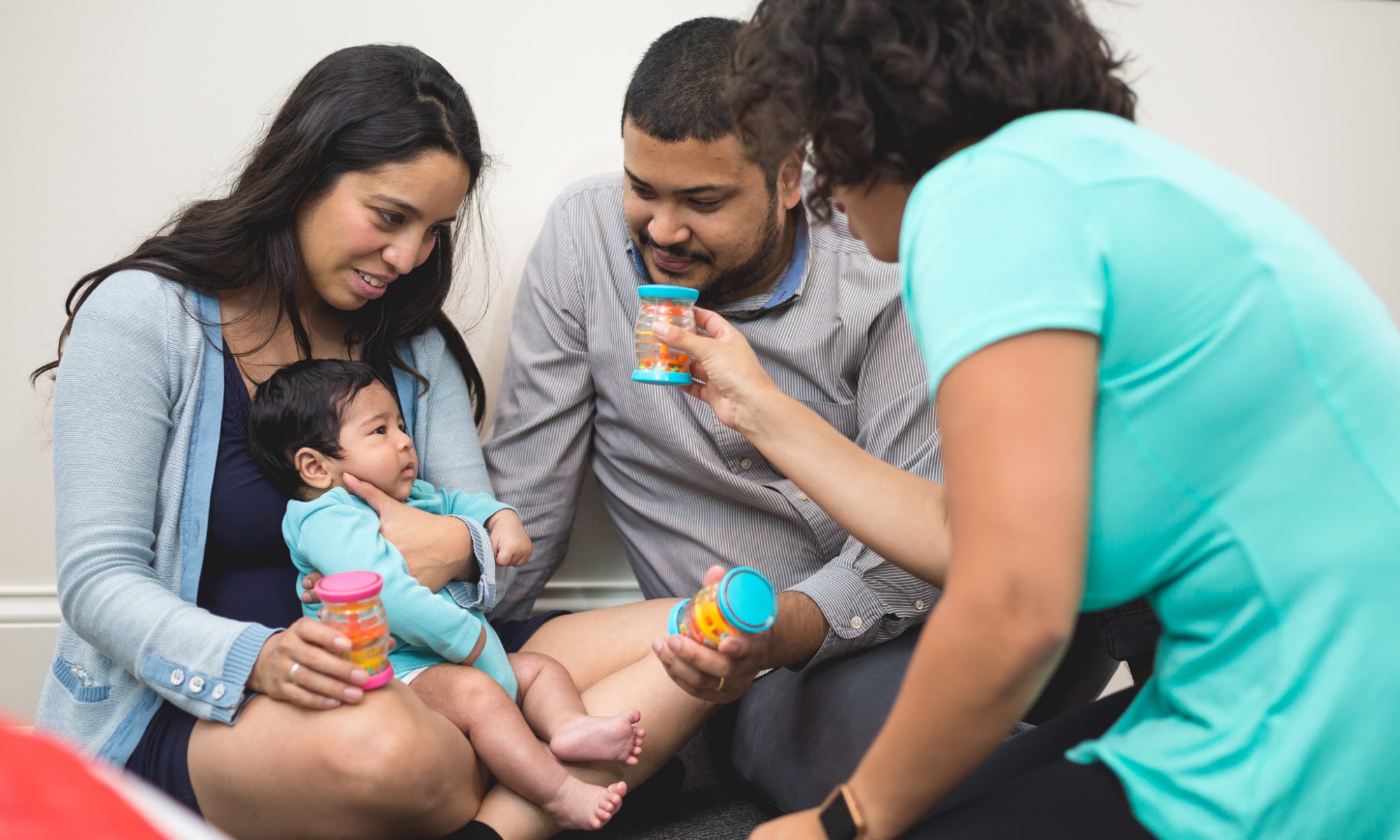 Parents who seek information about what is best to do for their child—parents like you!—are relieved when an idea can be described as definitively true. It’s even better when that idea involves something that is easy and fun for children and caregivers to do together.

That’s what describes this idea coming out of years of study in Australia:

“…[I]nformal encounters with music at home are critical for young children’s development – with benefits above and beyond those of shared reading. And quite beautifully, the best results are seen when music making is a shared experience between parent and child.”

This statement is highlighted in a December 2017 article about the ongoing research efforts of Professor Margaret Barrett of the University of Australia, Queensland. Barrett began receiving grants to study the different effects of various types of musical exposure on young children in 2001. By 2013, she had honed in on a study called “Being and Becoming Musical.” At that point, Professor Graham Welch, Established Chair of Music Education at the University College London’s Institute of Education, joined her and her team. Data drawn from 3,100 families who participated in the study led the team to this conclusion: “shared music-making at the age of 2–3 years correlates positively with increased school readiness, pro-social skills, and literacy and numeracy outcomes at age 4–5.” That’s some powerful evidence in favor of music! 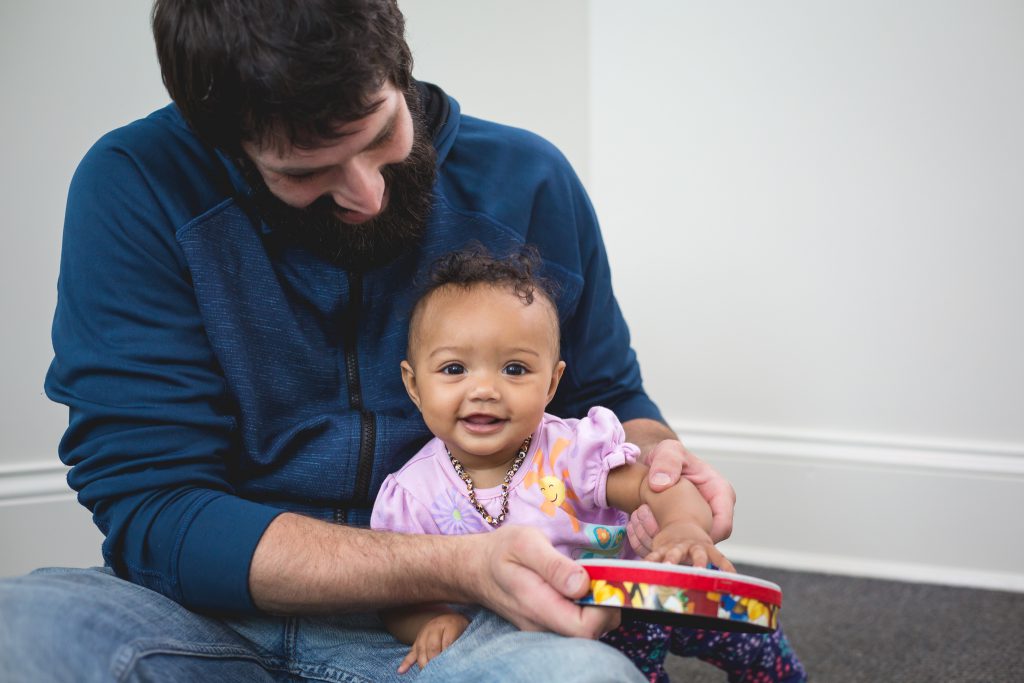 The research team included many examples of the types of musical activities parents and children did together. Beyond citing the evidence necessary in a research report, this gives parents some great ideas! Here is a sampling: 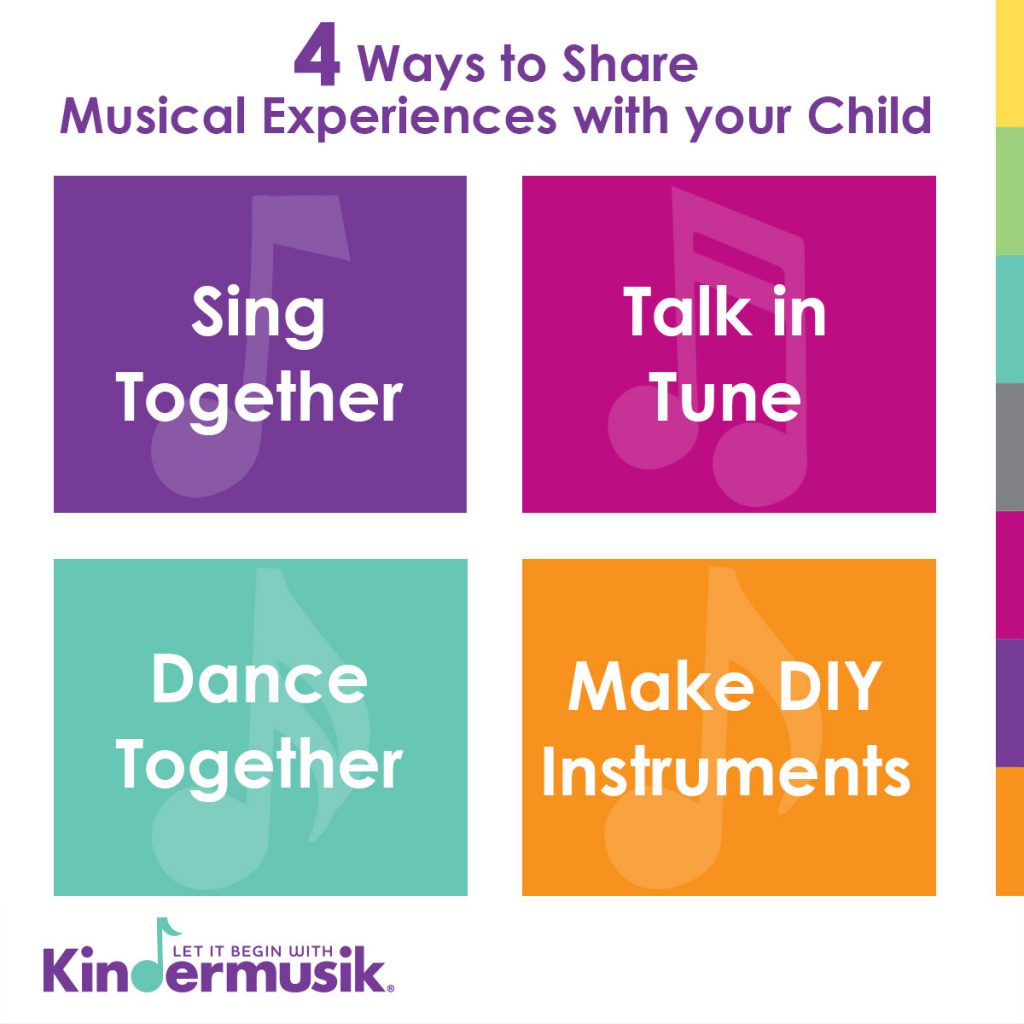 One particularly interesting finding stemmed from the fact that the research team was careful to include parents who ranged from “not at all musical” to “play a musical instrument” in the study. No matter what the parents’ musical background or comfort with making music, the shared musical experiences with their children had positive outcomes.

So don’t let any discomfort you might have get in the way of enjoying musical experiences with your child! Music brings joy. Period.

What Else Was Interesting About the Study?

Dr. Barrett and her team became especially fascinated with the idea that purposeful shared musical experiences had a bonus effect…on the parents! She saw clear signs of something she is calling “musical parenting.” She theorizes that music leads to great opportunities for parent-child bonding. She believes it can help to “foster stronger family relationships.” So stay tuned for more research coming out of the Barrett team providing statistical support for this belief!

Meanwhile, don’t let any time pass before making shared musical experiences as important in your family life as reading aloud hopefully already is. At Kindermusik, we’ve found a way to combine both of those experiences in a series of books called Musical Storytime. Each book features a charming story to read aloud, with a song that perfectly compliments it! Here’s a taste of just one of those fun tunes that you can start singing, moving, and grooving to with your child today.

Even better, seek regular, planned shared musical experiences with your child by attending Kindermusik classes nearby. You’ll have the added benefit of finding a community of other parents and children with the same interests as you!

I’ll leave you now by singing, not saying, “Goodbye!” (Can’t you hear it? Doesn’t it make you smile? Pass that musical smile on!) 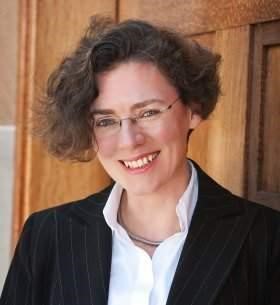 To learn more about Dr. Barrett and her research, visit: http://researchers.uq.edu.au/researcher/2030

One Reply to “Why Shared Musical Experiences with Your Child Are So Important (And Ideas to Implement!)”