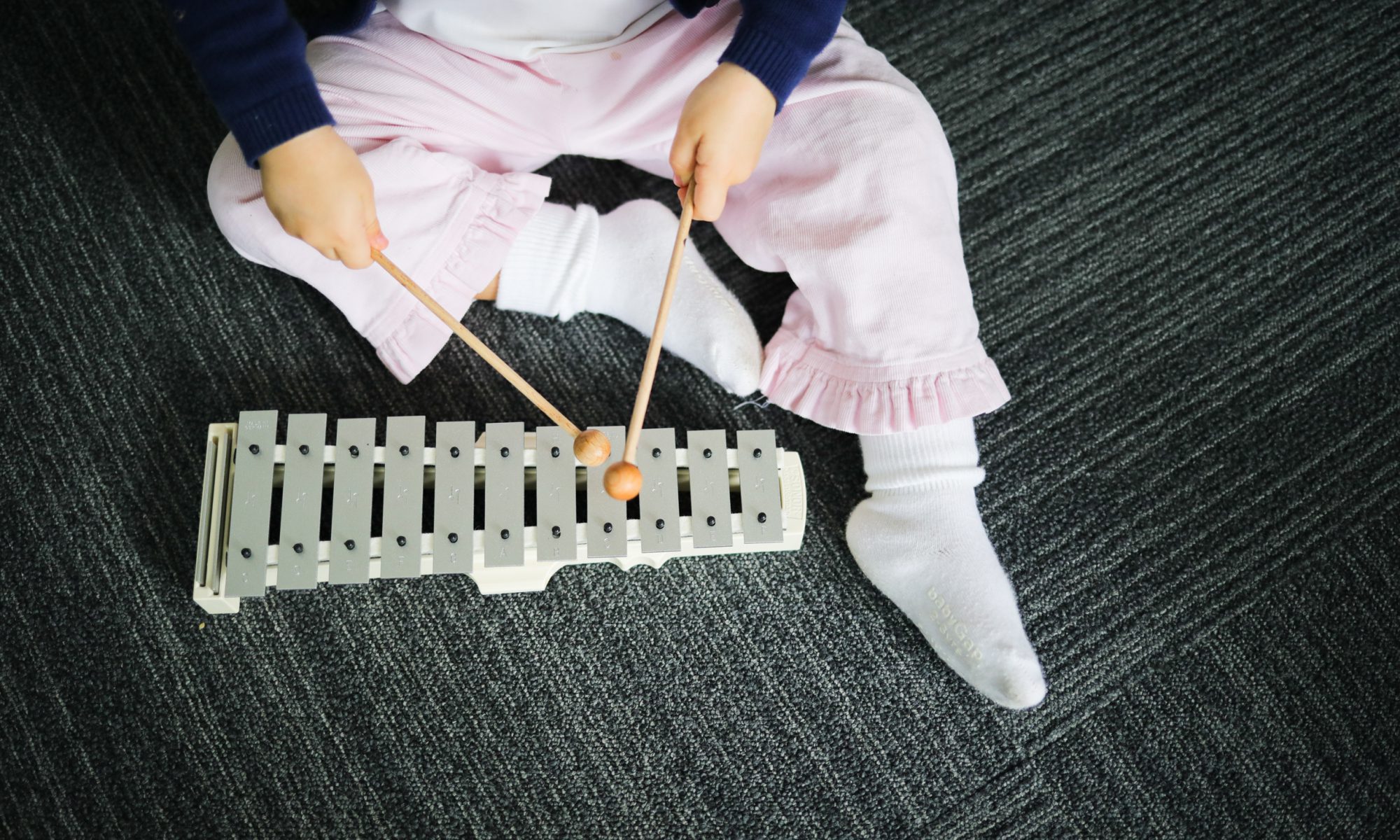 As July 4th approaches, and Americans prepare to celebrate the red, white, and blue, those of us at Kindermusik are pondering independence—our country’s, certainly, but also our children’s independence. (We can’t really help it; we’re all about die kinder.) Most parents would agree that independence is vitally important to cultivate in children. After all, isn’t the goal of parenting to produce a fully realized human—someone who can function and thrive independently in the world?

But the natural desire to protect one’s children and shield them from pain, hurt, and failure, can sometimes interfere. We’ve all read about the phenomenon of “helicopter parenting,” in which parents’ excessive hovering and over-involvement stunts their children’s ability to self-actualize (and annoys everyone else in the process). 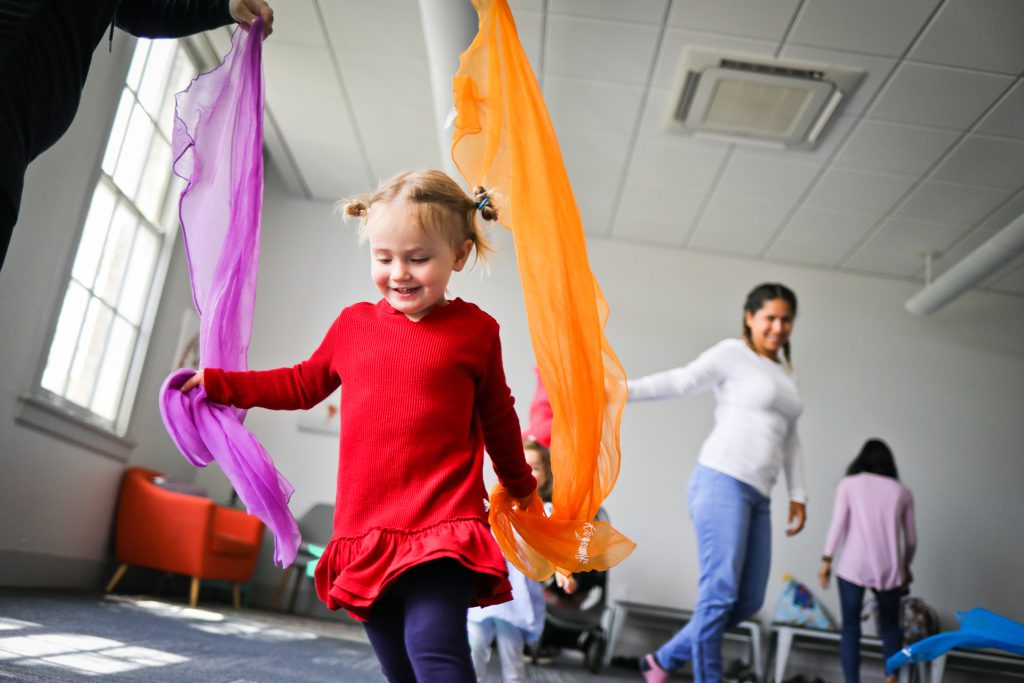 As Dr. Jim Taylor explains in a blog for Psychology Today, there is a vast difference between “independent” children and “contingent” children. The latter are dependent on others for happiness and motivation, and are usually unable to make decisions…because their parents typically make most of their choices for them. Julie Lythcott-Haims, the former Dean of Freshmen at Stanford University, was seeing so many troubling effects of “overparenting” among high-achieving college students that she wrote a book about it.

So what’s the right balance? How does a parent instill the correct amount of independence, and when?

Babies depend on their parents for everything: food, safety, comfort, and, love. But as they grow and become more independent—inch by inch, step by step, preference by preference—their parents must gradually grow and change as well. Parental support and guidance naturally shift from providing for the basic needs of a tiny human being to nurturing a child’s self-reliance and ability to operate independently.

In an article for Parenting, Debra Kent suggests that fostering healthy independence in children begins very early on. Even parents of babies can reinforce an infant’s limited independence by respecting their choices (for example, when a baby turns away from a gaze or rejects a feeding), and by encouraging a certain amount of self-soothing. Sanya Pelini, Ph.D. offers evidence-based strategies for parents to employ as children grow older, such as enforcing chores (to teach responsibility), limiting toys (to encourage creativity), and setting high—but reasonable—expectations (to build children’s confidence). 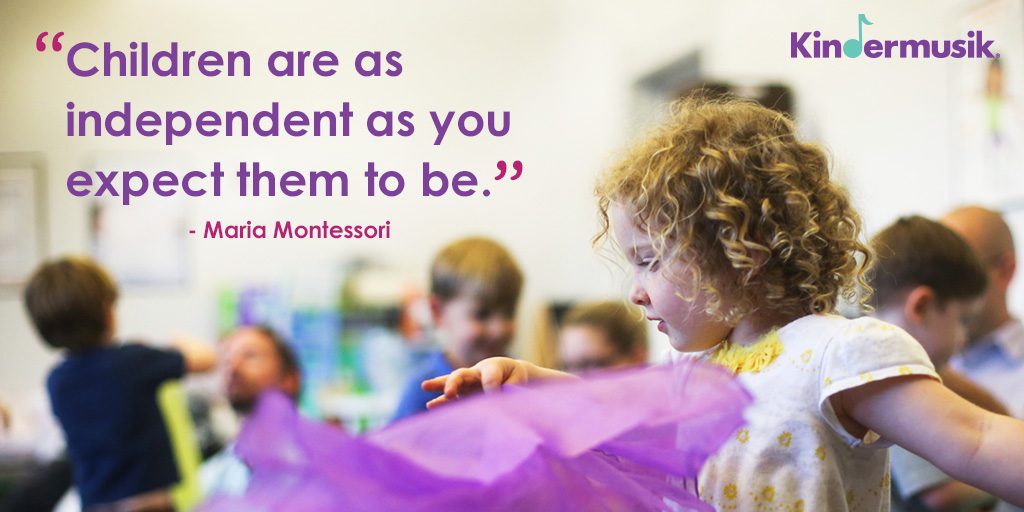 The Montessori Way…and Beyond

Nurturing independence in children isn’t just something that happens at home. Educational institutions have a role as well. Since 1907, when Maria Montessori founded her first preschool (Casa dei Bambini in Italy), hundreds of thousands of children have benefited from the child-centered Montessori approach to learning that not only allows for, but promotes, autonomy in children.

The movement really took root in the United States in the 1960s, and current educational theory fully embraces the idea that children learn best when they are allowed to self-direct their learning, be independent while also honoring community, and be active seekers of knowledge. This extends beyond Montessori-specific classrooms and schools into mainstream education.

The theory is also alive and well in Kindermusik classes, where a core philosophy is “follow the child.” At Kindermusik, children are encouraged to explore freely, make choices, develop personal preferences, and share their unique ideas and perspectives with the community. The fun and music-making in every Kindermusik experience is designed to support children’s social-emotional development, and to nurture their confidence, relationship-building skills, and yes, independence.

So this coming Independence Day, don your patriotic finest, grab some sort of music-making, noise-producing objects, and march around with your child to this Kindermusik rendition of “Sourwood Mountain,” a traditional American dancing song.  You can take turns moving in different ways and celebrating your individuality. Ahhh, freedom…doesn’t it feel great?