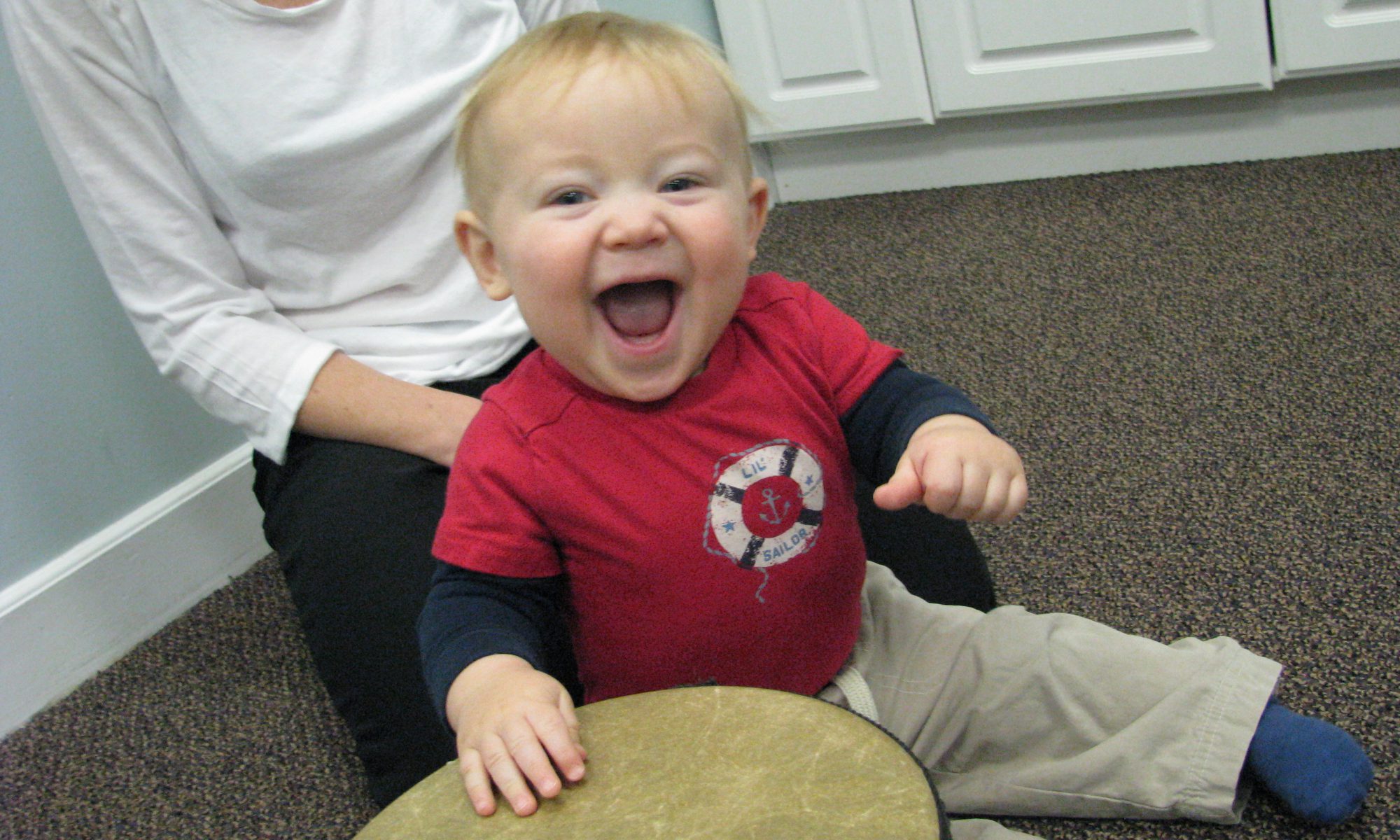 We’ve said it many times, and it’s kind of become my catchphrase…music is magic. We bring you lots of studies about music’s positive impact on learning domains, on brain development, and on academic achievement. We highlight these important aspects of an early childhood rich with musical experiences in many different ways – because we really want to hammer home the point: music should be a vital part of growing up.

But that’s really not what this article is about.

This article is about how kids often seem to get music’s magical nature without having it explained to them. They are open to being moved. They are fearless when it comes to displaying home music makes them feel, how music moves them. From birth, they have no obstacles in the way to be charmed by music’s magic. If anything changes them as they grow, it’s often us. As the important adults in our children’s lives, we have the power to reinforce this magic and encourage them to continue to be open to it as they grow. We can constantly support their connection to music and perhaps even become more aware of how much music impacts our own lives. We have to rediscover  – with the wonder of our young children – that music is magic.

Many of you have probably watched this video – the young boy being moved to tears by a somewhat average performance of Beethoven’s Moonlight Sonata (here’s a link to Wilhelm Kempf slaying the first movement). But the boy doesn’t care that it’s average and has some clunkers in it. HE. DOESN’T. CARE. And do you think he’s had any real emotional loss that he truly understands at this young age? Probably not. Do you think he is being affected by what German music critic, Ludwig Rellstab called the musical equivalent of moonlight shimmering off of a lake? YES! Now, this precious child might not be seeing moonlight in his head, but the music has reached inside his soul, his spirit, that thing inside each of us that isn’t able to be touched by anything else and made him feel. Watch it again – he is absolutely entranced by the sublime beauty of Beethoven’s music. Without having sonata form explained, without a knowledge of what c-sharp minor is,  without understanding what an accompaniment figuration is or what melody is – he understood what Beethoven was saying.

Beethoven may not have known it, but this is why he wrote Sonata No. 14 – so that this little boy could have this moment 2015 years later.

I’m a conductor. There are lots of conductor jokes that musicians make. One of my favorites is this. How many conductors does it take to screw in a light bulb? No one knows – no one watches conductors. It always makes me smile. It also makes me think of this little girl in our next clip. Ignore the description – she’s not actually conducting this Kyrgyz church choir – she’s responding to what she’s hearing. The choir is also not watching her. But that’s not the point. My guess is she has seen a conductor conduct and is mimicking what she has seen, but there is more than just copying physical gesture here. She is being moved by the music. She is physically representing what she is hearing. Watch her – there’s no fear here, no hesitation. This is musical joy represented in body movement. It doesn’t matter to her that no one is watching her. It doesn’t matter to her that she is being filmed. It doesn’t matter to her that she’s never had proper training in how to conduct effectively (and I’ll be honest – it’s pretty effective). What matters is that she is unapologetically in the moment and connected to the music. There’s no filter. There’s no worrying about whether she’s doing it right or not. Watch her face – watch how the emotion she displays changes with the intensity of the music. That’s magic.

Music moves us, but it also can make us move! How often have you found yourself tapping your foot to a song without realizing it? How often have you started unknowingly to sway to the beat? You aren’t alone. That’s music’s infectious quality. It can get a whole room full of people moving.

Meet Jasmine. Jasmine is a sleepy baby in this video. Mom and Dad are playing a random piece of music. It has no impact on Sleepy Jasmine.

This is unfiltered happiness brought about by the intangible. You can’t touch the sound of music. It envelops you like warmth from a glowing fire. Jasmine is hooked. Her joy radiants into the room and hits her parents squarely in their hearts.

That is music’s magic.

Music moves us. Music makes us laugh, makes us cry. We smile when we hear a tune associated with a special moment in our lives. We sing along in the car. We tap out drum beats on the steering wheel. It brings us so much joy. So it is for our little ones – doubly so, really. Their innocence allows them to receive the music without any of the burdens of adulthood that sometimes get in the way. They don’t have to worry about taxes or being on time or what outfit to wear because if they wear the wrong thing they’ll be judged. Two-year-olds aren’t vain creatures. They’re hungry for that next magical moment – that think that made them giggle or smile or open their eyes wide in wonderment. They are hungry for a hug and a kiss from mom or a tickle monster moment from dad. They are hungry for music’s magic.

Kindermusik is honored to be part of that magic for so many kids across the globe. Can you blame us for wanted to share that magic with as many boys and girls as possible?