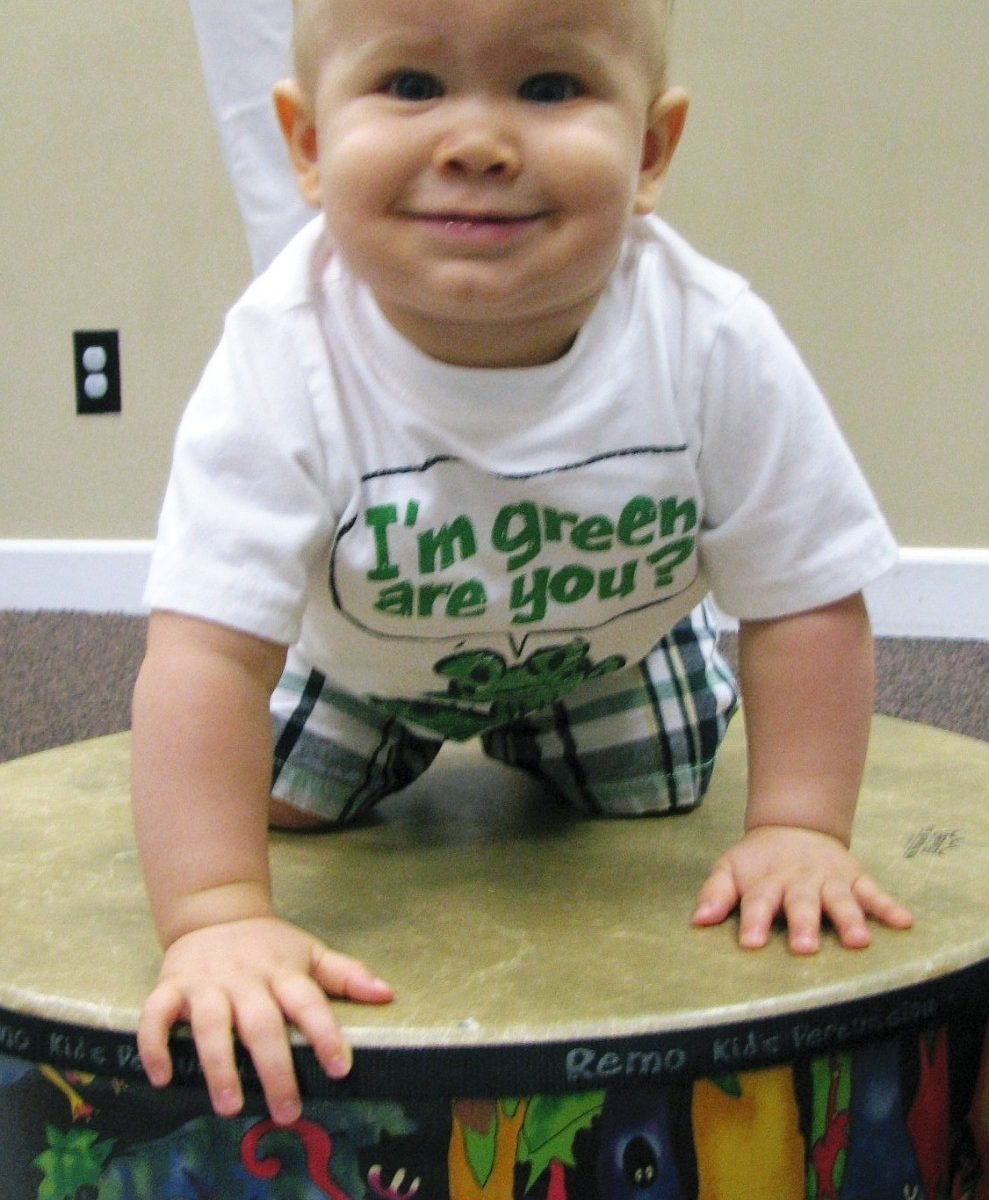 Musical learning and early language development go together like a newborn and a swaddle or a toddler and the words, “I do.” Young children rely almost exclusively on what they hear in order to acquire language. Scientists now know that our brain processes music similarly to how we process language.
In early language and literacy development, young children need to understand that words—like music—are made up of discrete sounds. In early language development, this is called phonemic awareness. Later children use that knowledge of sounds to build words and read. Research shows that children with strong phonemic awareness are more successful learning to read than others.

Ability to move to a steady beat linked to language skills

Under the leadership of Dr. Nina Kraus, a new research study published in The Journal of Neuroscience found that teenagers with more musical training experienced enhanced neural responses to speech sounds when compared to others.
“We know that moving to a steady beat is a fundamental skill not only for music performance but one that has been linked to language skills,” said Nina Kraus, of the Auditory Neuroscience Laboratory at Northwestern University in Illinois in an article for the BBC, “Moving to the rhythm can help language skills.”
In the study, participants were asked to tap their fingers along to a beat while their accuracy was measured. Their brainwaves were also measured to observe how the brain responded to the sound.
“It turns out that kids who are poor readers have a lot of difficulty doing this motor task and following the beat. In both speech and music, rhythm provides a temporal map with signposts to the most likely locations of meaningful input,” Dr. Kraus told BBC News.

Kindermusik provides many opportunities for children to discriminate similarities and differences in sound. So, while children gain musical skills participating in our early childhood curriculum, they also make gains in phonological awareness and early language and literacy development. For example, when parents lift their children high “up, up in the sky” or “twirl around like a leaf” while singing the songs in class, children learn the word and understand the concept. Or when we recite nursery rhymes together or tap out the beat to a song, children hear the music of language. Children’s brains make a connection based on what they experience (being lifted high or twirling around) and hear (“up” or “twirl”). Later, children will discover those words correspond to marks on a page which eventually leads to letter recognition and reading.

Kindermusik is the world’s leader in early childhood curriculum development and musical learning. Find a class near you and experience the many benefits of music on a young child’s development.

One Reply to “Early language development: It’s all in the rhythm and beat!”