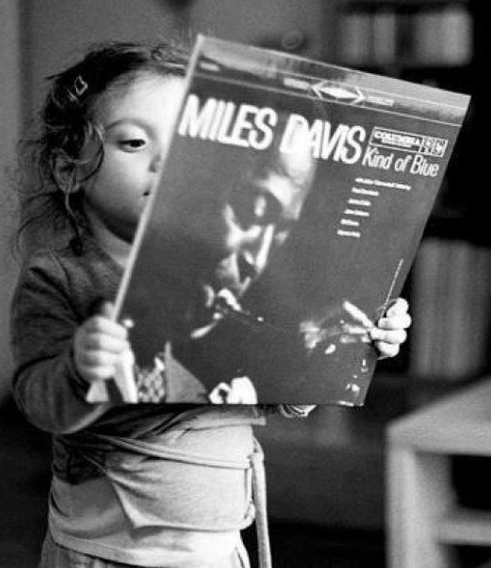 We have music on the brain—all sorts of music. All. The. Time. We love to share music and musical learning with children and families in studios, schools, childcare centers, and more. Introducing children to a wide variety of musical genres gives them a greater understanding of what is possible through music. Today, thanks to a new study from Johns Hopkins University, we have jazz music on the brain. Here’s why.

What jazz teaches us about language development

Led by Charles Limb, M.D., the study tracked the brain activity of jazz musicians in the process of “trading fours.” Trading fours is a musical term that refers to jazz improvisation when solo instrumentalists take turns playing four measures each. The musicians respond to each other by repeating, elaborating, and altering what another musician plays.

“Until now, studies of how the brain processes auditory communication between two individuals have been done only in the context of spoken

language,” explained Limb in a press release. “When two jazz musicians seem lost in thought while trading fours, they aren’t simply waiting for their turn to play," Limb said. "Instead, they are using the syntactic areas of their brain to process what they are hearing so they can respond by playing a new series of notes that hasn’t previously been composed or practiced."

“We’ve shown in this study that there is a fundamental difference between how meaning is processed by the brain for music and language. Specifically, it’s syntactic and not semantic processing that is key to this type of musical communication. Meanwhile, conventional notions of semantics may not apply to musical processing by the brain,” he concluded.

Idea #1: Go on a virtual field trip by attending a jazz concert. Try listening to one of the world’s best jazz pianists, Keith Jarrett. He improvised this entire performance.

Idea #2: Get out your own instruments or use your voices to improvise a family or classroom concert. Try your own version of “trading fours” by taking turns.

Idea #3: Learn more about the origins of jazz and play some jazz music online at PBSKids.

Idea #5: While listening to jazz, move expressively around the room together. Movement is another way to experience the value of improvisation and emotional expression, while also gaining an appreciation of jazz music.

Interested in learning how other genres of music unlock a child’s potential, including early language development? Come visit a Kindermusik Class today.