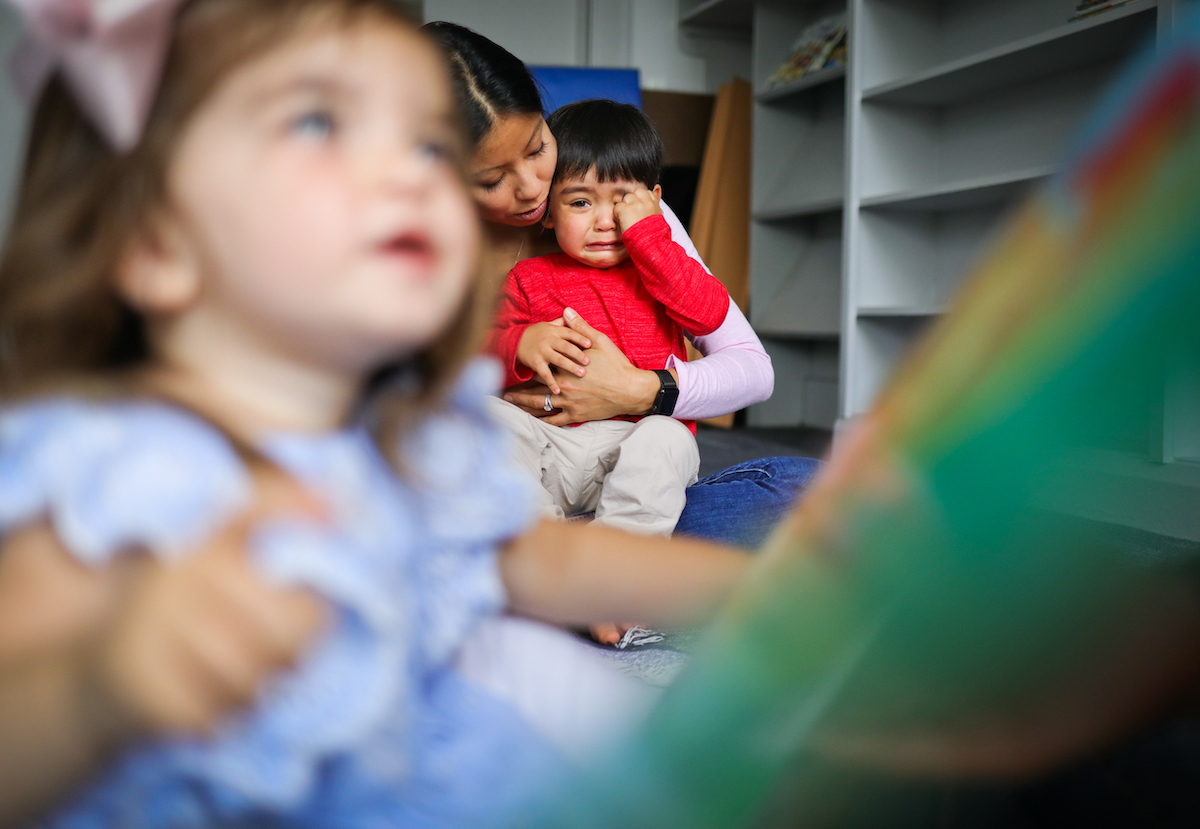 The reality is that this season often adds stress to families, especially for its youngest members.

While grownups have the ability to command self-control faster, the brain’s pre-frontal cortex (where this function is typically associated) is not fully developed until adulthood. Additionally, relaxation is a learned behavior, which is why trying to reason with a toddler during a tantrum doesn’t usually work.

So, in the midst of holiday chaos, it’s important to gently teach children how to relax. Music and movement are some of the best tools out there to help little ones reset, recoup, and get ready for the next event.

END_OF_DOCUMENT_TOKEN_TO_BE_REPLACED 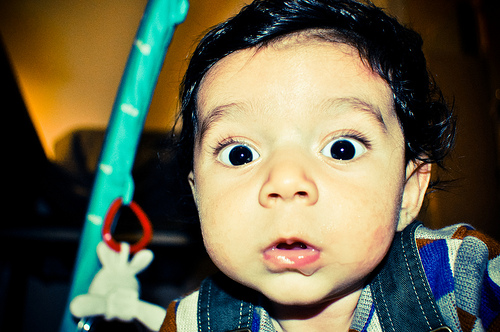 “What are you doing? You’re supposed to be going to sleep.”

It’s late at night, and your baby needs to go to sleep. Everything’s been taken care of – clean diaper, quiet house, feeding, burping … so what’s with all that squirming? Maybe all that’s missing is a lullaby.

All research points to yes — lullabies are scientifically proven to lull babies to sleep, stimulate language and cognitive development, as well as strengthen the emotional bond between a parent and child.

This bond is communicated without words. Since your baby can’t yet understand words and language, a lullaby can communicate that everything in the house is taken care of, there is no danger, and so much love that a voice is literally lifted into song.

See (or sing) for yourself

Many thanks to Kindermusik parent, Janice Müller, who filmed this video of herself singing her baby to sleep with a lullaby in the Zulu language. Janice is enrolled in Brandy Butler’s Kindermusik class in Switzerland.

“If you want to hear the legendary Miriam Makeba do it justice: click here. The words and translation:”

We’re working to celebrate the diversity of languages around the world, as well as to preserve the lullabies from disappearing languages, and we’d love your help. Do you have a favorite lullaby in your mother tongue? Let us know, and check out “The Mother Tongue Lullaby Project,” a special effort from ABC English & Me. 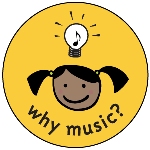 Children learn many skills from adults, such as tying their shoes or reading a book.  They must also learn how to relax, self-calm, channel feelings, and focus.  With continued practice, persistence, and a little creativity, children learn not only how to relax, but also how to use this skill effectively every day, even in chaotic environments (Cox and Orlick 1996).  Relaxing together with a little soothing, gentle music in the background will go a long way towards helping your child find his own calm amid the busy chaos that can be our lives.

TIP:  Establish a Relaxation Ritual in your home, perhaps first-thing in the morning or just before bedtime.  Turn on some quiet music and just relax with your child – holding them if they’re small enough or just cuddling up beside each other if they’re too big for your lap.  Model being still and not talking, just breathing deeply and quietly enjoying one another’s company.  You might also want to sing a simple lullaby to your child at the end.  This will likely become a very treasured and much-anticipated time for you and your child(ren).