During certain times of the year, our lives seem to operate on warp speed. December often flies by the fastest. So, today, we ask that you press pause on your life for a moment and catch a glimpse of one little girl’s story, the loving adults invested in her life, and their shared experience with and through music. This little girl’s story, like music, will challenge you to listen with your heart as well as your ears. As her mom explains: “Life is busy. She has taught us to slow down. I love to look at the world through her eyes….to hear your child sing when they have been nonverbal for so long is amazing.”

So, take a moment and see the world through her eyes.

Learn more about music as a curriculum solution in your school and working with children with special needs.

Contributed by Lisa Camino Rowell, a freelance writer in the Atlanta area. 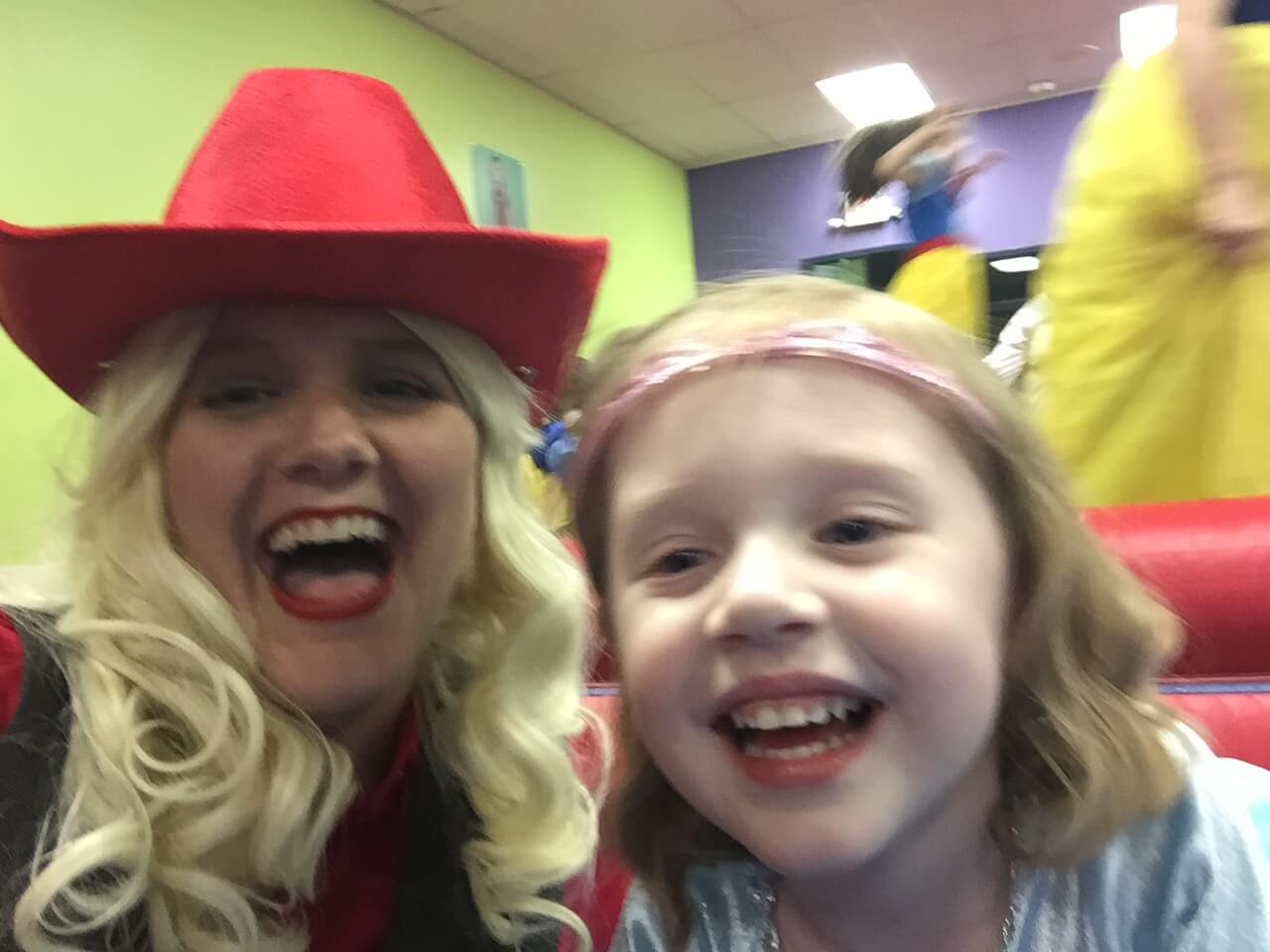 This guest post originally appeared on the blog: One Random Angel.

I’ve been working with children since I was old enough to babysit. Been teaching children in some capacity for the last 23 years. So I don’t want to say I’ve seen it all, but I will say not much surprises me. And I generally think I’m pretty good at reading kids and meeting them where they are and bonding with them from there. Or at least I thought that until this past year when a creative, loud, happy child named Isabella surprised me and taught me a new lesson that will help me now to be a better teacher and maybe even a better person.

Let me back up. When I first began teaching Isabella, then 2 years old, in one of my parent/child gymnastic classes, I did not see her at all as creative, loud, or happy. In fact, I saw her as timid, introverted, and nervous. She hid most of the class behind her dad’s legs. And her kind, supportive parents, along with her kind, well-meaning teacher would encourage her to try skills and push her to participate. But if I’m honest, she didn’t really ever seem to enjoy the class in those days. I thought she needed time: time to get to know me, time to be comfortable in the environment, and time to just watch and observe before doing.

Then we started a new Kindermusik program at my gym.

Isabella and her mom joined my very first class. I could see the first day that Isabella was more comfortable. From day one, she participated fully in the class. As the weeks went on, Isabella became louder and louder in her participation. She modeled for the other kids all the imaginative play involved in Kindermusik. She was the first to vocalize and sing along. She really transformed into a leader before my eyes. One week early on we were dancing with scarves to classical music. Isabella stood off to the side and sang “Let It Go” as loudly as she could over the music. It was glorious.

As amazing as watching her come out of her shell in music class was, here is the part that really blew me away. When she found her voice in Kindermusik, the way she participated in the gym class also changed! She stepped out from behind her dad’s legs and into the center of the circle. She met me in the gym class with the same imaginative spirit that we used in music class. In our opening circle for example, instead of burying her head in her dad’s chest when I’d ask her for her name, she began to give me a different name each week for what I should call her. Then she’d pretend to be that person (usually a princess). One day during our exploration time, she said to me, “I’m Miss Angel and you are Isabella. You follow me.” She led me around equipment that a few months earlier I couldn’t even get her to go near.

Lessons Learned from a Child

Isabella didn’t need more time or understanding from me. She needed a change in environment. She needed to find her voice where she felt confident and where the activities spoke to her and her strengths. She found those things in Kindermusik. Then she owned her new voice and used it to overcome whatever fears she had in the gym. Now she tries skills. Now she participates fully. She is sometimes still nervous when trying new physical skills, but instead of hiding and refusing to try, she just tells you that she feels nervous. Then she tries it anyway.

Isabella is a joy to teach in both programs. Take a look at Isabella and her family singing with me and the Wiggle and Grow Family class. You’ll recognize her from her confidence and joyful, loud singing!

So my hope for all of us is that we can find a change in environment when we need it. Find a place where we feel confident. A place that speaks to our strengths and draws out the very best in us. A place where we can sing “Let It Go” loudly even when entirely different music is playing.

What lessons have you learned from a child? Join in the conversation on our Facebook page and tag your response #lessonslearnedfromkids.

Angel Hundley has owned and operated a The Little Gym Franchise in Huntsville, Alabama, since 2007. She has taught hundreds and hundreds of children. She hopes they’ve learned from her. Angel is certain that she’s learned from them!