Are you a Mira, Royal Detective fan? This fun-filled Kindermusik x Disney Junior® Experience is being offered in virtual and in-person studios around the world through April 2022.

Our 45-minute music and movement class will transport you to a magical Indian-inspired world where you’ll sing, dance, learn, and solve mysteries just like the lead character of the new series, Mira!

These limited-time classes fill up fast…find a virtual or in-person experience that matches your schedule!

END_OF_DOCUMENT_TOKEN_TO_BE_REPLACED 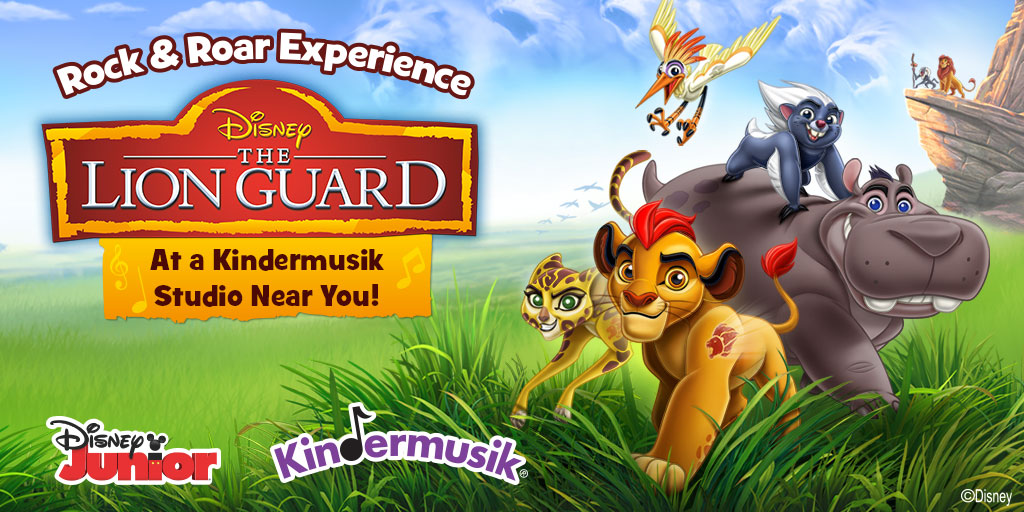 [vc_row][vc_column][vc_column_text]Kindermusik® International, the world’s leader in music and movement education, today announced a new  exclusive “Rock & Roar” program to bring the musical adventures of Disney Junior’s newest hit series “The Lion Guard” to Kindermusik Studios throughout the United States.  Kicking off this February, the fun-filled, 45-60 minute classes for children ages 2-5 will explore the African savannah in a rip-roaring, fast-moving adventure, all set to the thunderous beats of “The Lion Guard” soundtrack. Along the way, kids will learn to build relationships, develop language and literacy skills, enhance balance, flexibility, and coordination, learn steady beat, and explore pretend play.

“We are thrilled to be working with Disney Junior to provide our families with this one-of-a-kind experience,” said Scott Kinsey, President and CEO of Kindermusik International. “Through this program, we’re able to blend our expertise and research-proven education methods with Disney Junior’s beloved characters and storytelling, delivering an exceptional experience for children and families enrolled in Kindermusik.”

Disney Junior’s “The Lion Guard” animated series continues the epic storytelling of “The Lion King” and follows Simba and Nala’s second-born cub, Kion and his diverse group of friends as they unite to protect the Pride Lands.  Kion and his friends were introduced this past November in Disney Channel’s animated television movie “The Lion Guard: Return of the Roar,” the #1 primetime cable TV telecast of 2015 among Kids 2-5 and the #1 animated telecast across kid cable-TV networks among Total Viewers and Adults 18-49.[/vc_column_text][vc_column_text]

Find a class near you!