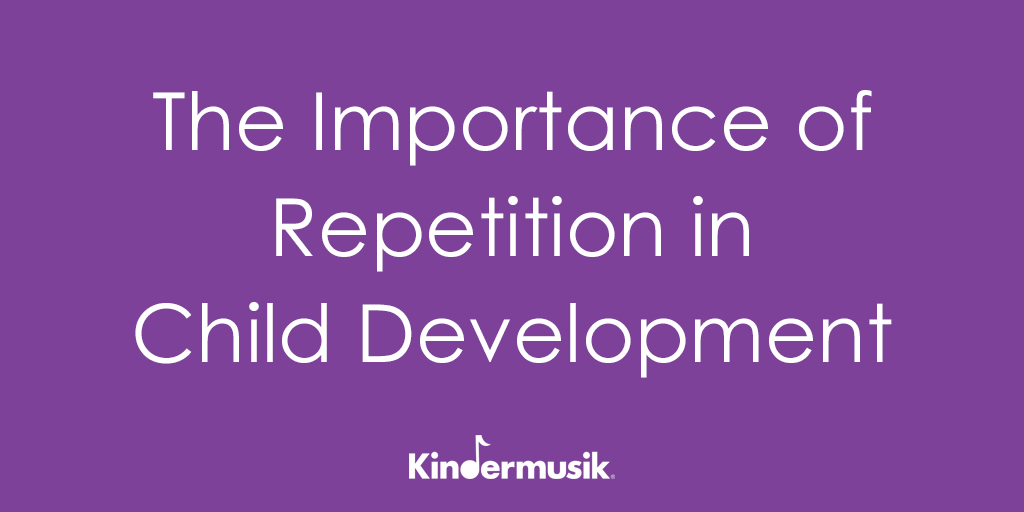 The below article is from Kindermusik Educator Analiisa Reichlin, of Seattle, Washington.

Do We Have To Do This Again?

Recently, I received a great question from one of our Studio3Music mommas. I’m sure she’s not the first person to wonder, so I thought I should share it with you all.

Question: Is it typical for each class to be very similar each week? We’ve noticed that we are singing the same songs each week and I’m hoping that the class changes a bit from week to week. Could you let me know?

Answer:
Your question was both astute and excellent. That tells me that you are paying attention in class! (Which is wonderful, since seriously, I’ve had a few mommas that text the entire class time!)

While we as adults may quickly tire of an activity, it is important that we recognize the importance of repetition to our children’s learning and development. Learning, or the growth of neural connections in the brain, is strengthened through repetition. A one-time experience is not enough for a neural connection to form and stabilize. It is through repetition that possibility becomes ability. That is why Kindermusik activities are repeated over and over. Repetition is a foundation of learning in the Kindermusik program!

We will, however, do “extensions” of activities. The brain loves to be a little surprised once in a while; a surprise causes the brain to pay extra attention. One week we might sing a song, the next we’ll sing the song and add a manipulative. We might do the same lap bounce for 5 weeks in a row, but change up the words in the 4th or 5th week. This allows children to have mastery of an idea before we add a new one.

The more well-traveled a pathway, the less energy is required. That’s why you can do two things at once. Watch TV and knit, for example. When you are first learning to knit, it takes all of your effort. Looking, counting stitches, watching your needles. As it becomes automatic, you use less brain energy, so you can layer another activity on top of that without fear of accidentally turning those mittens into a hat instead.

2. Did you ever wonder why children expect a favorite activity to be repeated again and again and again? Repetition is a necessary building block of development. Children’s brains KNOW that they need repetition. They are pretty smart little creatures! Do you remember the show Blue’s Clues? (Never the same for me after Steve left…). The creators did research while developing the show as to what preschoolers wanted to see in the show, and you can probably guessthe answer by now – repetition! 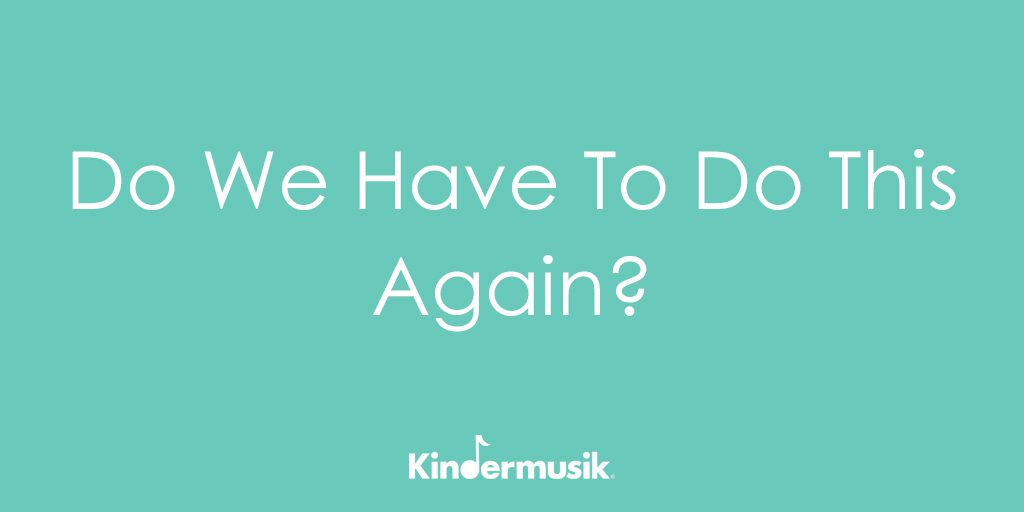 3. So what about the fact that we always have a hello and goodbye ritual, a bounce, a steady beat, rocking time, and story time (in the older classes)? As my friend Heather Wiebe says (she a Kindermusik teacher in Alberta who is fascinated about the way the brain works, just like me) “Patterns make children happy. Knowing what to expect and having things happen in that way not only helps children know what to expect and feel at ease, it’s also how they mark time.” When the environment and routine is predictable, then a child feels safe and learning can naturally happen.

We know you’ll be ready to move on to another activity before your children will (believe me, I’ve been there three times with my own kids!) know that you’ll get new music and activities soon enough. And a Kindermusik Education is the most powerful tool you can give them now, for future success in school, work and life.

To learn more about Kindermusik’s classes and find a class near you, visit kindermusik.com.